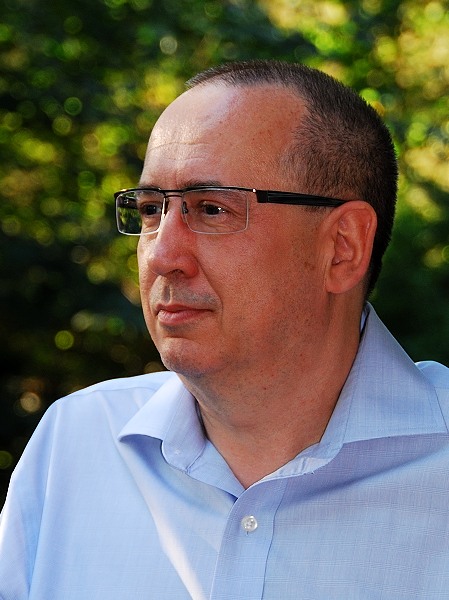 Dr. Charles Loboz grew up in Poland and graduated with MSc in Nuclear Physics. After working for few years in the area of scientific computing, he obtained his PhD in Computer Science from the Australian National University. Dr. Loboz worked for UNISYS in the area of transaction processing systems authoring multiple patents architectural and performance analysis areas. After a brief episode with a start-up company he joined Microsoft as a Principal Capacity Planning Engineer in Global Foundation Services division responsible for building and operating Microsoft data centres worldwide. Two years ago Dr. Loboz moved to Windows Azure as a Principal Architect, Capacity Planning. He has published occasional papers in both scientific and industry conferences and currently holds 10 patents, with few more patent applications in processing.

Cloud computing is currently at the phase of rapid commercial, technical and conceptual development. The sales volume reached billions of dollars, growing yearly in double digits - and investment into cloud computing is growing even faster. But cloud computing is more than just a commercial phenomenon. The needs of traditional information processing were augmented by ever growing volume and functionality of mobile devices, cross-platform availability of services and ever ascending social and business inter-connectivity. The new technical and commercial realities will influence the way web services are designed, implemented and delivered and that will apply to both existing and new services. This is not just about quantitative change -- this is a qualitative change, with new concepts reshaping and replacing the old ones.

This talk will start with the brief background on why cloud computing is inevitable for technical and economic reasons - and which types of use are most affected by it. That will be followed by a summary of the major competitors in the area of cloud computing, their strategies and approaches to solve the problems of service implementation and delivery. We will describe infrastructure problems, solutions and opportunities - as well as the effects of these changes on software development and structuring of solutions to take advantage of cloud architecture and functionality. We will also consider how transient some trends are in this field and what are possible scenarios for future development.

Dr. Jianwen Su is currently a Professor of Computer Science at the University of California, Santa Barbara. He received both B.S. and M.S. in computer science from Fudan University and Ph.D. in computer science from University of Southern California. He held visiting positions at INRIA and Bell Labs and is an adjunct professor at Fudan and Donghua Universities in China. He has published in a wide range of topics including data modeling and query languages, scientific and spatial data management, formal verification, web services, and BPM/workflow. His work on web service composition and analysis and on artifact-centric business workflow is widely known. Dr. Su received IBM Faculty Awards (2007, 2008). He served on program committees of many conferences in the areas of databases (e.g., PODS, ICDT, VLDB, ICDE, etc.) and service-oriented computing and BPM (e.g., ICSOC, BPM, ICWS, CEC, etc.). He was the general chair of SIGMOD 2001, the PC chair of PODS 2009, a program co-chair of workshop/conferences including WS-FM 2009 and MDM 2007. He also served on the Executive Committees of both ACM SIGMOD and PODS.

Arguably, the greatest impact from the decade old web services research is the formulation of the SOA principle. Indeed, SOA is turning into a philosophy to guide the thinking for modern software system design in application contexts from cloud computing, social network, to business process management. Technically, this philosophy demands independence of conceptual design considerations from implementation level limitations.

A necessary road to achieve independence is through high degree of automation in design, analysis, implementation, and evolution aspects. Clearly, formalization plays a vital role in developing service composition design and analysis tools. Service modeling refers to development of appropriate technical models that enable effective design and analysis techniques. In this talk, we explore key technical challenges in formal modeling for services. 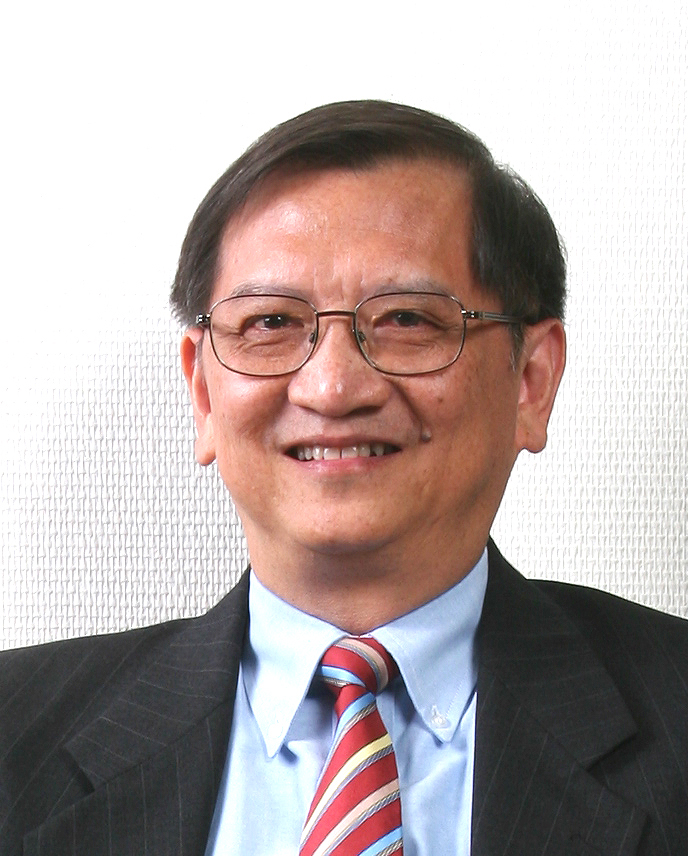 Dr. James T. Yeh is currently an independent researcher and consultant. Before August 2012, he was Director of Strategy, at Corporate Strategy of IBM. His primary role was to address strategic elements of IBMs businesses for achieving growth in emerging markets, including Cloud Computing. He was Chief Technology Officer of IBM Greater China Group during 2006-2008. Between 1999 and 2006, he was Director of IBM China Research Laboratory and led research activities related to Service Science and engineering, information analytics, business optimization, e-business enabling technologies, knowledge management, pervasive computing infrastructure, and human information interactions. Dr. Yeh was born in Nanjing, China. He received his Ph. D. from University of Pennsylvania in 1975. He joined IBM Research in 1977 to explore advanced circuits and materials. During the 80s, he researched on advanced manufacturing technologies and processes. His team developed nanometer scale diagnosis systems for manufacturing quality improvement, including the Magnetic Force Microscopy and Atomic Force Microscopy. He led the industry solutions and business research at the IBM T. J. Watson Research Center during the late 90s. The pioneering work of business analytics span from business modeling, production planning and scheduling, demand forecasting and management, intelligent decision support, and integrated supply chain. Dr. Yeh was one of the recipients of 1998 D. Wagner Award for excellence in operations research. He has seven plateaus of invention achievement. He was appointed Director of IBM China Research Lab in 1999. He was vice chair of the Supply Chain Council, China Chapter, during 2005 and 2006. Dr. Yeh was guest professor at Harbin Institute of Technology, Zhejiang University, and Lifetime Honorary Professor at Xian Jiaotong University. He was vice chair of the Cloud Computing Expert Group of Chinese Institute of Electronics between November 2008 - 2010.

Cloud? It is all about Services

Ever since the term Cloud Computing became a hot item, people have tried to paint and shape the clouds in various ways, often from the angles where they came from. Hardware and software companies will say that Cloud is the ultimate virtualization of systems. Data Center folks will argue that Cloud will provide the best energy efficiency. Security people will argue that cloud will not fly until the concern on security is eased. Then there are private clouds, public clouds, hybrid clouds, government clouds, education clouds, etc. Cloud is an area where the industries started the implementation first, while the academia in general was caught behind.

When all the cloudy notions are clear, it is all about services. In fact, it is all about service engineering and management. In this presentation, the speaker will discuss the service science principles related to cloud, and the challenges of Cloud services, in the context of service engineering and service management, as well as the business implications. Academia institutions embracing the notion of Service Sciences or Serviceology beyond the traditional disciplines will be in better position to contribute and influence the future cloud agenda. 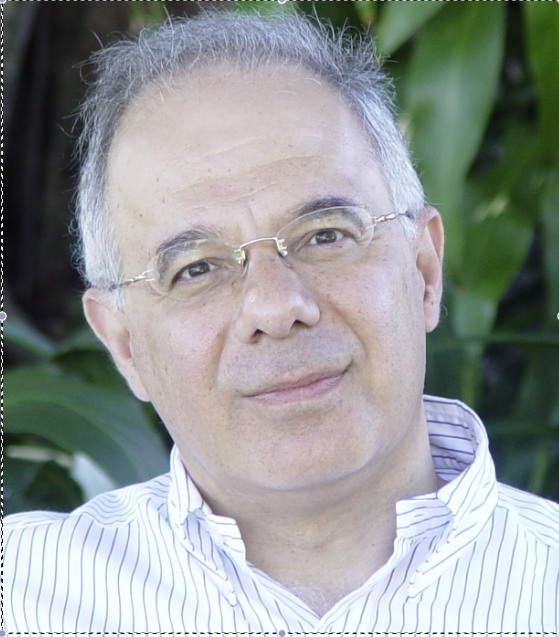 Michael (Mike) P. Papazoglou is the Executive Director of the European Research Institute in Service Science at Tilburg University and the Scientific Director of the European Network of Excellence in Software Services and Systems (S-Cube). He also holds honorary/ professorial fellow positions at the University of Trento (Italy), the Universities Lyon and Paris Dauphine (France), the Univ. of New South Wales and RMIT (Australia), the Universidad Rey Juan Carlos, Madrid, and Universitat Politecnica de Catalunya, Barcelona (Spain) and the Technical University of Cyprus. Mike's research interests include service-oriented computing, cloud computing, distributed computing, business process management, and large-scale data sharing where he has published over 250 papers and 22 authored/co-edited books. He has close to 10,000 citations for his research work. He is also the co-editor-in-charge of the new Springer-Verlag series in Services Science and the MIT Press series on Information Systems and an adviser to the EU FP-7 programme. Mike's research work is funded by various government and industry sources including the European Union, the Australian Research Council and the Japan Society for the Promotion of Science (JSPS). He is frequently invited to give keynote talks and tutorials on his work around the world.

10 Years Research in Service Oriented Computing and Beyond

The subject of Service Oriented Computing is vast and enormously complex, spanning many concepts and technologies that find their origins in diverse disciplines that are woven together in an intricate manner. The material in research reported during the past ten years in ICSCOC conferences and other research outlets spans an immense and diverse spectrum of literature, in origin and in character. As a result research activities are currently very fragmented. This necessitates that a broader vision and perspective be established one that permeates and transforms the fundamental requirements of complex systems and applications that require the use of the Service-Oriented Computing paradigm.

This talk will place previous and on-going research activities and projects in the broader context of a service-oriented roadmap. In particular, it will fuse together elements of three computing paradigms researched in ICSOC and other conferences and publication outlets that are all based on the very essence of services: Service Oriented Computing, Business Process management and Cloud Computing. The talk will present a research roadmap that combines four pivotal, inherently related, research themes: service foundations, service composition, service management and monitoring, and service-oriented engineering. The talk will also highlight future research work on smart cloud services and explain how these can transform the fabric of society as we know it.